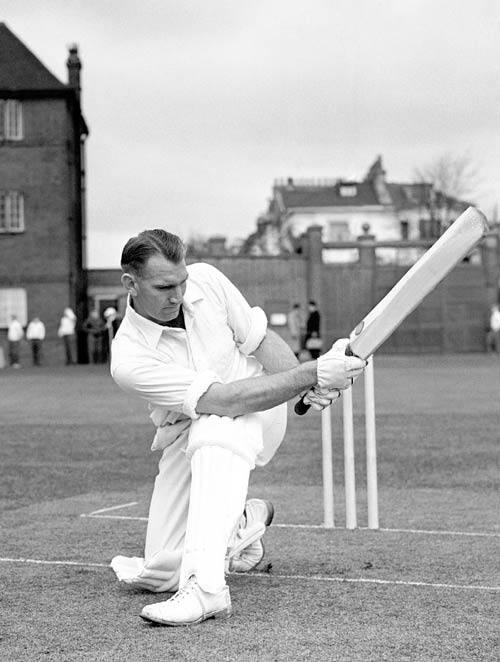 John Reid, at the practice during New Zealand's tour of England, 1958 © EMPICS