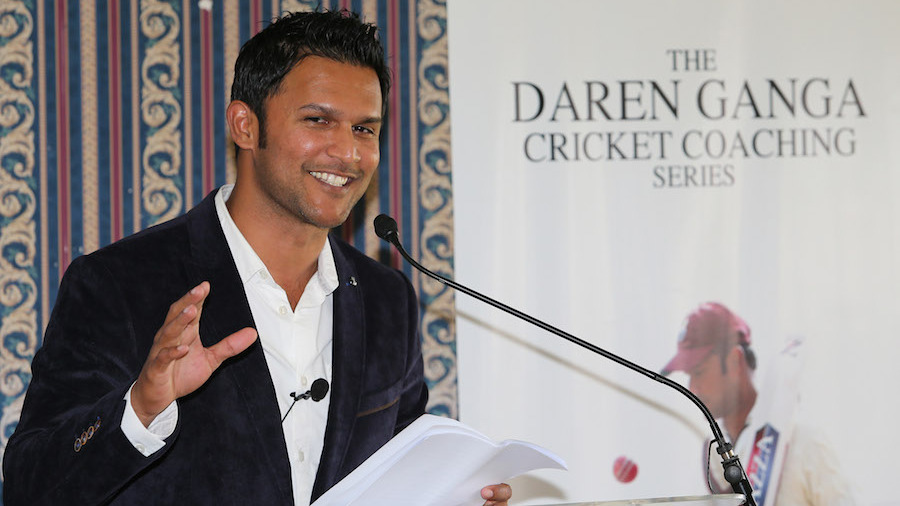 Daren Ganga speaks during the launch of his DVD on coaching, Port-of-Spain, July 23, 2014 © Daren Ganga Foundation