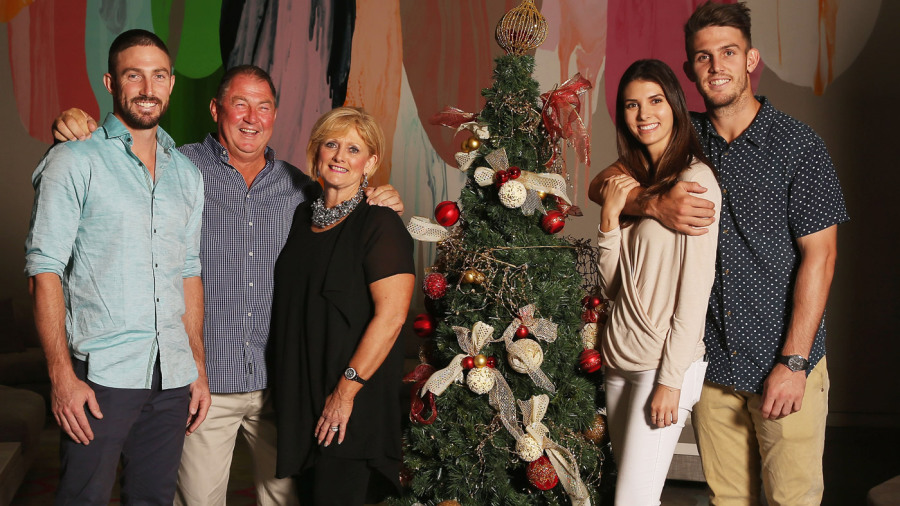 Shaun and Mitchell Marsh with their parents, Geoff and Michelle, and Mitchell's partner, Isabelle Platt at a Christmas lunch in Melbourne, December 25, 2015 © Getty Images