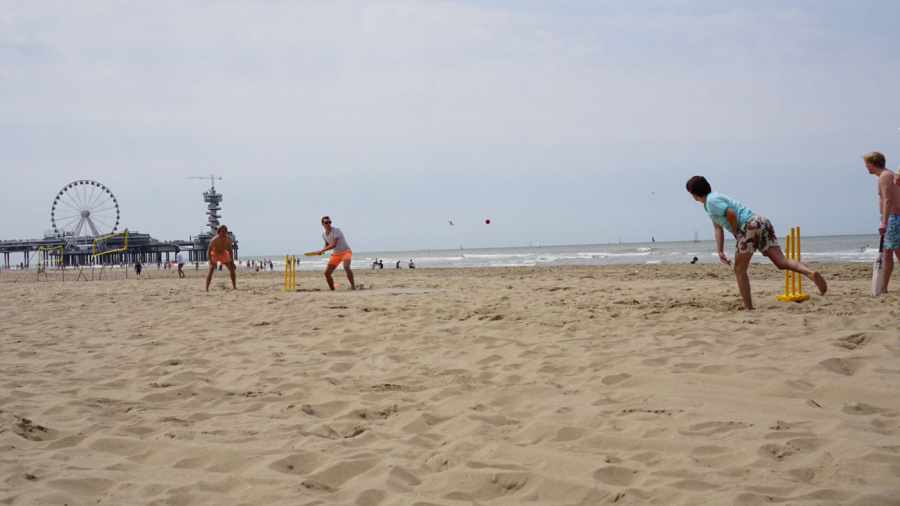 Mark Jonkman: The Royal Hague Cricket and Football Club celebrated its 140th anniversary with a beach cricket tournament against the picturesque background of the famous pier of Scheveningen and the Ferris wheel ©