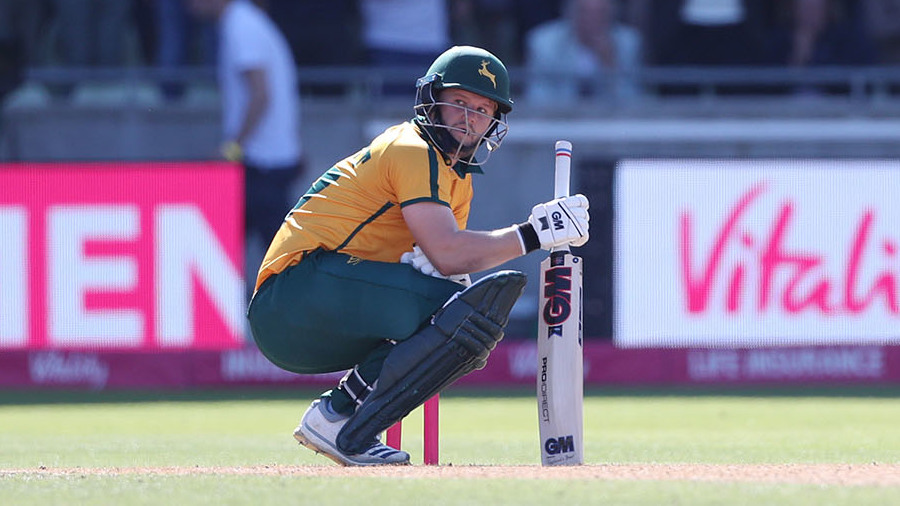 Ben Duckett slumps to the ground after failing to score the one run required off the final ball, Nottinghamshire v Worcestershire, Vitality Blast, September 21, 2019 © Getty Images