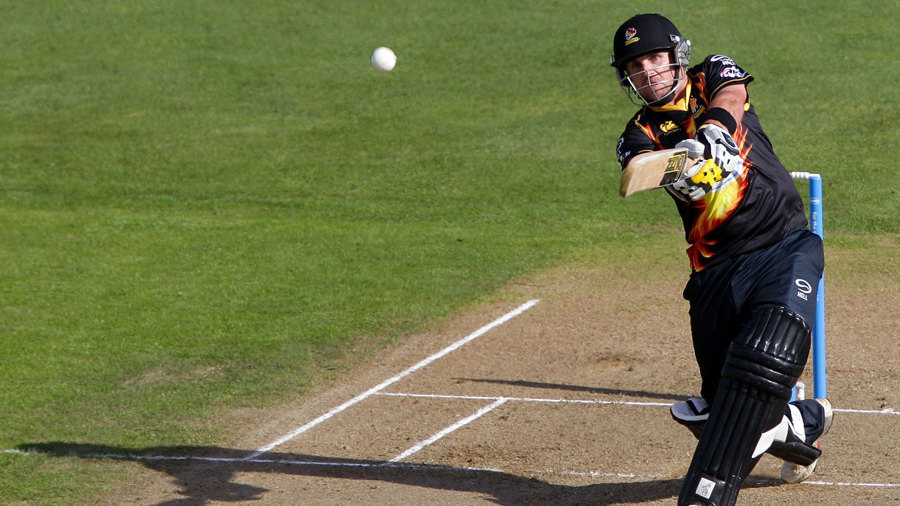 Michael Papps goes over the top on his way to 70 not out, Wellington v Auckland, HRV Cup play-off, January 18, 2013 © Getty Images