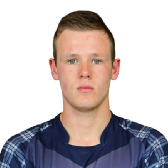 Michael LeaskScotland
Only ODI, England in Scotland ODI Match at Aberdeen, May 9 2014
England won by 39 runs (D/L method)
Player of the Match

Trips north of the border are rarely an opportunity for England to indulge in the local hospitality and, with the Saltire of proposed Scottish independence fluttering in the air, the hosts' desire to scalp the Sassenachs will be greater than ever.

England, in their first match of Peter Moores' second coming, must grasp the thistle after an horrendous winter. The talk may be of a new era but the squad is made up of familiar faces ready to start rebuilding reputations against Scotland, as long as the weather plays ball. Alastair Cook, back in charge and with a jauntier mien after a couple of months off, knows a banana skin when he sees one and, as many have pointed out, there should be nothing for England to be complacent about at the start of their international season.

The mood in Scotland is buoyant as they prepare to host their partners in the Union for the third time and they will have noted the result in England's last outing, against Netherlands at the World T20. Scotland qualified for the 2015 World Cup in February, under the temporary coaching partnership of Paul Collingwood and Craig Wright, and that has provided extra stability, as well as funding. Wright remains in charge for now, until Grant Bradburn, the former New Zealand spinner, takes over in July, while Kyle Coetzer, Scotland's Aberdonian captain, will be one of several county players out to impress.

England's narrow failure to win the Champions Trophy last summer seems like it was from another age but the nucleus of the squad remains pretty similar: eight of the team that faced India in the final could be involved against Scotland. The World Cup is nine months away and both sides have plans to put in place. For Scotland, where nationalists hope to sunder more than 300 years of Union, a first win over the "auld enemy" could have even wider significance.

Scotland have some promising young batsmen in Calum MacLeod - a former seamer who now opens - Sussex's Matt Machan and Freddie Coleman of Warwickshire but the greatest weight of expectation may fall on Preston Mommsen. The 26-year-old, born in Durban, finished as second-leading run-scorer at the World Cup Qualifier, Man of the Match after making an unbeaten 139 in the final, and Man of the Series. He also stepped in to captain Scotland when Coetzer suffered an injury but it will be his ability to lead the way with the bat in Scotland's middle order that could influence proceedings in Aberdeen.

It seems certain that most eyes will be on Alastair Cook. Since his last England appearance, in Adelaide in January, two coaches - Andy Flower and Ashley Giles - have departed, Paul Downton has taken over as managing director and Kevin Pietersen's international career has been summarily foreclosed. Cook's batting mentor, Graham Gooch, has also lost his place in the coaching set-up, while Moores and Paul Farbrace have been appointed to rebuild. Cook is now indisputably the figurehead and while good "team ethic" is a noble aim, good team performances are even more important. In this regard, Cook loves to lead by example.

The Scottish weather has not hung out the bunting for England and the outfield was soaked by rainfall on Thursday. More showers are forecast but hopefully there will be enough bright patches to get a game in. The pitch is unlikely to be a belter, although New Zealand did once score 400 in Aberdeen. Scotland's two ODIs against Kenya last summer, when the 242 for 4 was the highest score, may provide a closer gauge.

Coetzer has recovered from the wrist injury that limited his participation in the World Cup Qualifier, so he should return to open the batting. Richie Berrington's hamstring problem could lead to a recall for allrounder Josh Davey, while Michael Leask provides another spin-bowling option.

Cook missed the ODIs in the West Indies that formed part of England's World T20 preparations, meaning he resumes the captaincy for the first time since Australia. Stuart Broad is not included, as he rehabilitates his knee, leaving James Anderson to lead an otherwise inexperienced attack, while Joe Root returns after breaking his thumb. The main questions centre on whether Moeen Ali will be preferred to Gary Ballance, or if Chris Woakes will win a first limited-overs cap in almost a year.

"They didn't have the winter they'd like to have. Hopefully we can bring back some back bad memories from the winter."
Kyle Coetzer has a simple plan to upset England

"You have to remember how lucky you are to wear the shirt and play for our country. Sometimes after a long period when you are away from home and have done it for a while, you forget that."
Alastair Cook wants a sense of pride to be restored

As England prepare to take on Scotland in an ODI in Aberdeen, a look at the rich history of cricket in and around Mannofield

The number of ODIs in Scotland, out of 38 staged, that have been unaffected by the weather