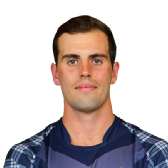 Calum MacLeod's unbeaten 60 helped Scotland chase 148 as they won by six wickets against Papua New Guinea in the first ODI in Dubai. Seamers Safyaan Sharif (4 for 38) and Alasdair Evans (3 for 23) decimated PNG's batting order, sharing seven wickets between them to bowl their opponents out in the 45th over.

PNG had a wobbly start after being put to bat first, losing five wickets within the first six overs, with four of the batsmen being dismissed for a duck, as Evans and Sharif struck back-to-back, leaving them reeling at 10 for 5. Captain Assad Vala and Kiplin Doriga's 69-run stand for the sixth-wicket provided a brief relief for PNG, as the duo batted through the next 20 overs, taking them to 79 for 6. However, Scotland spinner Michael Leask broke their partnership, dismissing Doriga for 34, and two overs later Evans came back to dismiss Vala (40 off 78 balls) who finished as PNG's top-scorer. The lower order chipped in with 63 runs to take PNG to 147 before slow-left armer Mark Watt sniped the tail out.

PNG did not have a good start to their bowling either, as their seamer Norman Vanua bowled three straight wides, and one again after a legal delivery, as he gave away five runs in the first over. On the day, he conceded a total of five wides and two no balls.

Scotland were off to a strong start in reply, as openers Matthew Cross and skipper Kyle Coetzer made 33 runs in 5 overs, although Cross contributed just one run to the partnership. He was dismissed by Chad Soper in the next over, which made way for MacLeod, who effected two solid partnerships thereafter to hand Scotland a comfortable win.