In November 1962 one of cricket's lingering anachronisms was finally abolished when the distinction between amateurs and professionals was officially scrapped. While of significance until World War Two - until the growth of Test cricket, outside an Ashes summer the highlight were the Gentlemen v Players matches - it all but fell apart in the social upheaval that followed.

The splitting of players into two distinct groups was a fundamental part of the game. In its simplest form, professionals were paid, amateurs (widely known as gentlemen) were not. Within that the British class system was prevalent. Almost all amateurs were public school or at least middle-class; the professionals were generally working-class. Even then there were professionals who made a living from the game and those who were professional because they could not afford to me amateurs.

Professionals were often treated much as servants would be and were expected to be as deferential to amateurs and committeemen as a butler would be to the master of the house. They had separate hotels when they travelled, separate changing rooms and food at the grounds, referred to by their surnames only, and at most counties could never aspire to captaincy. Even scorecards made a small but marked distinction - amateurs were given full initials, professionals surname only.

Perhaps the way captaincy was handled was the most ridiculous aspect of it all. Professionals were deemed unable to take on such a role and so often found themselves playing under amateur captains who were barely of club standard. Counties often scratched round to find someone - anyone - willing to take charge. Some were so poor that they did little more than stand on the field while the senior professionals ran the show.

The lines between the two were always murky - WG Grace, technically an amateur, earned more from the game than even the top professionals - and caused deep resentment. After World War One fewer people had the time or money to play for the fun of it and so the lines became ever more blurred. Some were often found work by counties and given under-the-counter payments to allow them to remain amateur - or shamateurs as they were widely known - making the distinction even more meaningless.

In 1938 Wally Hammond had to switch from being a professional to a "gentleman" to allow him to become England captain. He was the same man, the same cricketer, but overnight he became acceptable in the eyes of the establishment. Even when Len Hutton became England's first professional captain in 1952 it was only after he refused to go down the same route as Hammond. 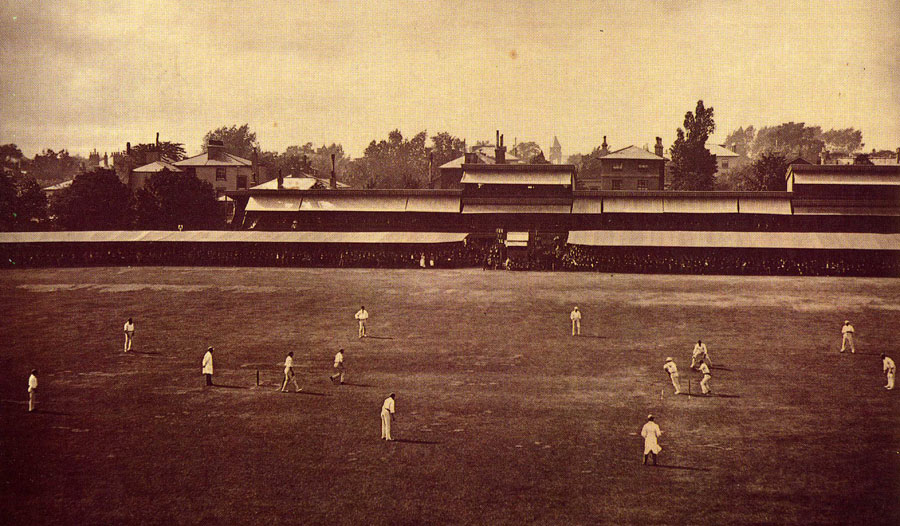 The mood of the country after World War Two was one of change and in 1946 Glamorgan proposed the abolition of the amateur but they found little support.

By the late 1950s the distinction had long lost any credibility and amateurs were all but extinct. One by one the distinctions - dressing rooms, initials on scorecards, accommodation - were chipped away but the old guard refused to go down without a fight. Several committees reported it was time to treat everyone as simply "cricketers" but it was not until May 1962 the Advisory County Committee put forward a proposal to scrap amateur status.

"To distinguish between them is often humbug," reported the Times. That did not stop the same newspaper still refusing to print initials for anyone other than the so-called amateurs in the first matches on the 1962-63 MCC tour of Australia. At the start of the MCC tour of Australia the captain, Ted Dexter, nominally still an amateur, admitted he earned considerably more from cricket than his various business ventures.

The debate rumbled on all summer but even those who fought the change seemed to realise they were railing against the dying of the light. The curtain came down at Scarborough when fittingly the Players beat the Gentlemen in the final match of the summer. It was the 274th meeting of the teams in a contest dating back to 1806.

On November 26 the 17 first-class counties met at Lord's and after a six-hour meeting voted - although not unanimously - to end the distinction. The formal and official scrapping of amateur status came on January 31, 1963 when the MCC confirmed without dissent the earlier decision.

"It's a sad day and signals the end of an era," said Sir Jack Hobbs, the first professional to be knighted for services to the game. "They were a great asset because they could freely whereas many professionals felt they couldn't take chances."

In the Daily Telegraph EW Swanton lamented the change and questioned "the moral authority" of those making the decision.

Those views were in a minority. in the same paper Michael Melford countered all that had been abolished was a "form of legalised deceit". And Herbert Sutcliffe, who as a professional had turned down an at-the-time remarkable approach to captain the ultra-conservative Yorkshire in 1927, said he was "in full agreement". Stuart Surridge, who as an amateur had led Surrey to seven successive Championships in the 1950s, said "it's a good thing … we are all cricketers at heart".

Vic Wilson, who led Yorkshire to the Championship in 1962, said: "A team is one body of men … it is commonsense to out all players on one footing."

In a lead editorial the Daily Mirror congratulated "the lawmakers … this silly social distinction needed hitting for six" and could not resist a swipe at the Times into the bargain. "Perhaps now this olde-world journal will print the initials of all MCC players … or is that expecting too much?"

"I thought of turning amateur ... I might have made more money" Jim Laker attacking 'Shamateurism' in his 1960 book Over To Me

As with many such long-debated changes there was actually little fallout. The Gentlemen v Players game disappeared off the fixture list but was largely unmourned. Several counties who had steadfastly refused to pick a professional captain were freed to choose the best man with a clear conscience.

On February 14 Surrey picked their first non-amateur captain in Micky Stewart, ten years at the club but until then ineligible for the role. He said: "It was a farce that an amateur could receive money for putting his name to sports equipment and writing articles without it affecting his status."

Ken Grieves, who took charge at Lancashire that same summer, was even blunter. "This cuts out the snobbery," he said. "In the past a lot of things have been pushed aside for the old school tie."