Unforgiving scheduling of international cricket is an almost ever-present complaint in the modern game, with players scrambling around the world to fulfil often ill-planned and unwanted commitments. But in January 1930 England managed to do something that never happened before or since - they agreed to play two Tests on opposite sides of the world on the same day.

In the 1920s the Imperial Cricket Conference - the forerunner of the modern International Cricket Council - recognised the need to expand Test cricket outside England, Australia and South Africa. At a meeting in May 1926 West Indies and New Zealand were elected to the ICC, making them eligible to play Tests.

West Indies made their Test debut in England in 1928. It was an inauspicious start - they lost all three three-day Tests and were largely outplayed - but they had displayed their huge potential on a series of reciprocal tours in the decade before.

The MCC, who governed English cricket and sent sides abroad (until 1977 Tests overseas were officially played by the MCC and not England) realised that it was important to send a representative team to the Caribbean to help further promote the game there. While there had been several tours by strong sides from England, none had featured official Tests.

New Zealand had also hosted many England sides - although much stronger ones - who traditionally visited at the end of the Ashes series in Australia. It provided a perfect and convivial low-key conclusion to an intense tour and allowed locals to watch - and play against - top cricketers.

The MCC wanted to send sides to both new countries as soon as possible but had to work around already-agreed series in Australia (1928-29 and 1932-33) and South Africa (1930-31). Those were both long tours, with players who went to Australia away from home from September to April. Few amateurs wanted to do back-to-back tours - even if they could afford the time away - and even then the administrators acknowledged the need for the leading talent to be rested. 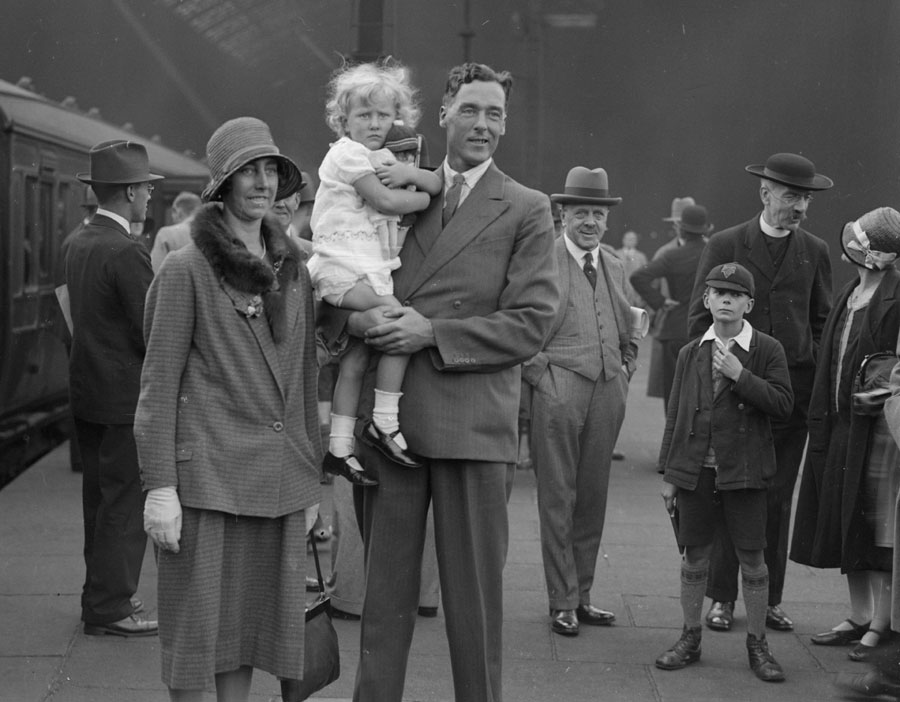 On January 11, 1930 history was made when 8700 miles apart in Christchurch and Bridgetown two England sides took to the field on the same day. That has not happened again since that series and is almost certain never to happen again.

But when were the Englands actually in action simultaneously? The second day of the Test in New Zealand on January 11 was washed out and in both matches the next day, a Sunday, was a rest day. Because of that, play in Christchurch on Monday, January 13, would have been over by the time the second day started in Barbados.

The sides were not scheduled to play a Test at the same time again so that might have been that but for the Auckland washout. That meant that the third Test in Georgetown and the fourth Test at Eden Park both started on February 21.

The time differences meant that it was not until the second day in New Zealand - February 22, 1930 - that the start of play coincided with the last session of the first day's play in the Caribbean (where it was still February 21!) . With February 23 a Sunday, the final day in Auckland on the Monday would have coincided with the rest day in Guyana.

So thanks to time differences and weather, two England sides were simultaneously in action for less than two hours.

The decision was taken to send sides to both West Indies and New Zealand in 1929-30. For New Zealand, especially, the fact that an English team was touring in its own right and not as an add-on to an Ashes series was acknowledgement they had joined the ranks of the Test elite.

The problem those picking the sides had was that none of the first-choice amateurs or professionals were interested straight after an Ashes tour.

Arthur Gilligan, the England captain, withdrew on health grounds and so his older brother, the 34-year-old Harold, was appointed captain for the New Zealand tour. Harold was in his final year as a first-class cricketer and had never played for England; he had only captained Sussex for the first time in 1929. There was a feeling it was a reward for his services to the game, but it was an astute choice. Wisden noted; "He proved himself not only an astute captain but also a diplomat of considerable ability. His charming and likeable personality was, in large measure, responsible for this tour being remembered to this day with affection by many New Zealanders."

The 14-man squad he took with him was decent but aside from the 42-year-old Frank Woolley, there was scant international pedigree. Only four others had played for England before - KS Duleepsinhji, Ted Bowley, Fred Barratt and Geoffrey Legge - and even then all had just the one cap to their name, three of the four having debuted the previous summer.

The squad for the Caribbean was, deliberately, of a better quality as it was recognised West Indies would be a tougher opposition. Even then, it was heavy on experience although that was countered with a slightly pioneering approach. "A special effort is evidently being made to take a most attractive side," wrote the Daily Mirror the previous July, "and cricket spectators there will have the opportunity of seeing several of our grandest veterans."

The one in most demand was Jack Hobbs, so much so that representatives of the Jamaican board travelled to London in June 1929 to try to persuade him to tour. But he would have been 47 by the time the trip started and the England selectors wanted to rest him ahead of the 1930 Ashes series.

Patsy Hendren was 40 but was still a regular in the England side and had enjoyed a good series in Australia the previous year. Taking him to bolster the batting proved a wise decision. He scored four double-hundreds on the tour and averaged 115.50 in the Tests.

Leading them was the comparatively youthful Freddie Calthorpe. At 39, like Gilligan, he had never played for England - and never did again - but was an amateur and had the diplomatic skills to handle the trip. He also knew the region as he had led an MCC side there in 1922.

Age shall not weary them 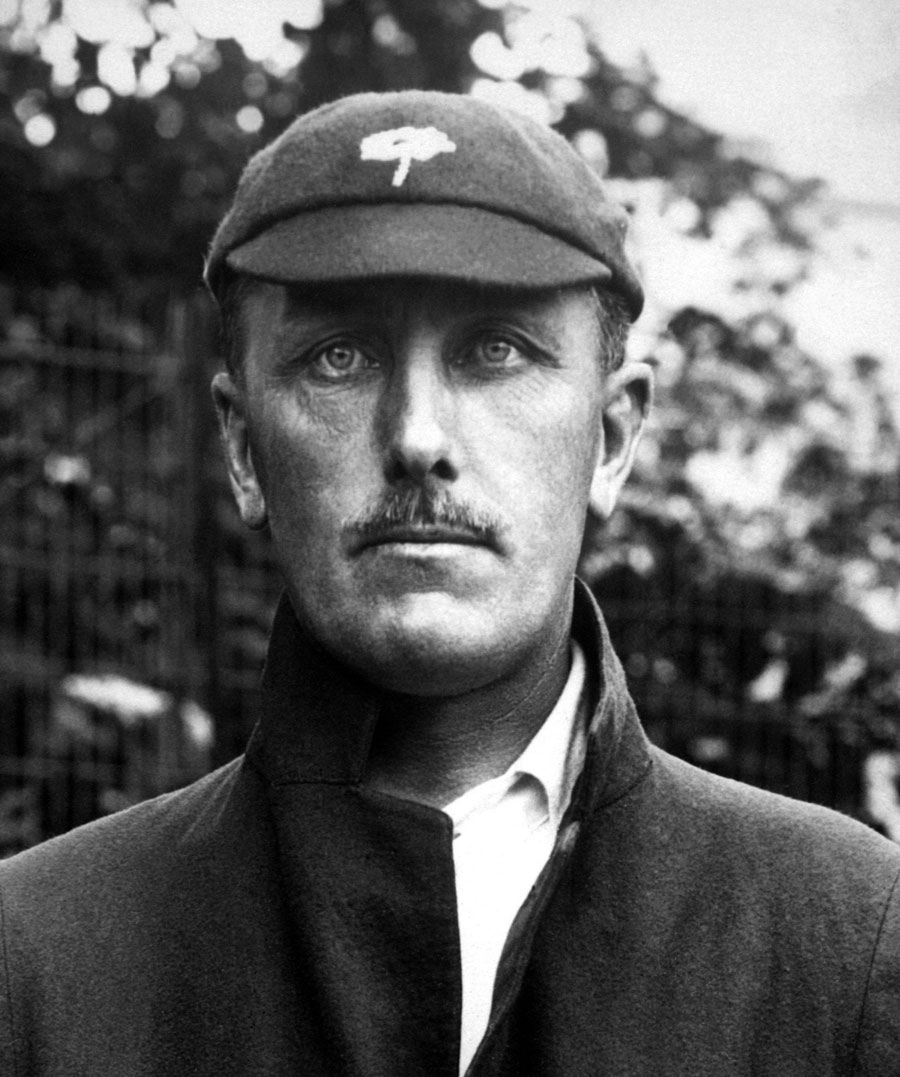 England played four Tests in the Caribbean. The first - and West Indies' first Test on home soil - was drawn, England won the second, West Indies the third and then came the historic fourth at Sabina Park.

The ten- day "Timeless Test" at Durban in 1938-39 has gone down in history, but the nine-day slog in Jamaica deserves an honourable mention. As in South Africa, it too was drawn. England made 849 - including a then world record 325 from Sandham, the first Test triple-hundred - and established a first-innings lead of 563. Calthorpe was criticised for not enforcing the follow-on but the age of his side, who had been in the field for a day, had to have been a major factor.

West Indies were set 836 with time seemingly unlimited. They closed the seventh day on 408 for 5 - two late wickets by Wyatt tipped the balance - but then two days of rain followed. As was the case in Durban, England's ship was about to sail and so the game had to be left drawn.

Calthorpe's side had a hard time, winning four and losing two of their 13 first-class games. In New Zealand, the other England tour was a more relaxed affair. It is perhaps indicative of how New Zealand were viewed that the Wisden report concentrated more on the five matches the team played against Australian states en route.

As with Hendren in the Caribbean, Woolley underpinned some of his more limited team-mates, averaging 51 with the bat and taking 68 wickets. Duleepsinhji gave him excellent support with 1,421 runs.

The Tests were also over three days whereas those in the West Indies were five-day games. Despite that, England won the first - New Zealand's Test debut - by eight wickets in under two days' playing time. The second was drawn and rain washed out the first two days of the third, rendering it meaningless. An extra fourth Test was agreed to compensate the Auckland authorities for the washout but that too was drawn after England amassed 540.

The team played 17 matches in New Zealand, winning nine and drawing eight; in Australia they won two, lost two and drew the other.