Few England sides have set out for Australia with as much confidence as the one that set sail from Tilbury on September 20, 1958. And few, until now, have come quite so spectacularly unstuck.

England had retained the Ashes in 1956, convincingly beaten West Indies the following year and then thrashed a weak New Zealand side in 1958. The only slight hiccup had come in South Africa in 1956-57, when they squandered a 2-0 lead to draw the series. Australia, meanwhile, were undertaking a rebuilding exercise under their new captain, Richie Benaud, but had shown signs of having turned the corner after three successive Ashes defeats.

Such was the interest that the English press corp outnumbered the touring squad, a fact that was widely commented on at the time. For the infamous Bodyline tour in 1932-33 only two reporters had travelled from England, and one of those was a tennis writer.

On paper, the England team was exceptionally strong; some believed it was the best that had ever been sent overseas. The bowling attack in itself looked awesome, built around the fast bowling of Fred Trueman, Frank Tyson, Brian Statham and Peter Loader; the spinners were the pair who had wreaked havoc in 1956, Jim Laker and Tony Lock; Trevor Bailey was one of the best allrounders in the world; the highly rated Godfrey Evans was keeper; and the batting centred on Peter May, the captain, Colin Cowdrey, Tom Graveney, and early replacement Ted Dexter.

On the eve of the tour Benaud wrote in the Daily Mirror: "I fully agree with those who say this may be the finest side to leave England for 26 years." But he presciently warned that the fast bowlers would struggle. "Your selectors are banking heavily on the fast bowling " battle force" … but speed merchants may find things tougher this year than in 1954. Australian wickets have slowed a lot since then, and now resemble the white, baked strips so common around 1946-50."

The squad arrived in Australia after almost four weeks at sea (it was the last touring side not to fly to Australia), via Colombo, where they played two relaxed matches. In the initial press conferences May charmed the media and all seemed well.

The first small crack appeared in the tour opener in Perth, where the track lacked any real pace. One paper claimed England were being given "anti-Trueman pitches in response to the pro-Laker pitches on 1956".

The performances in the tour matches were satisfactory but it was increasingly clear that plans for an all-out pace attack would have to be revised and also that the batsmen were struggling for top form. Trueman and Tyson were underwhelming, with 14 wickets between them. England were also dogged by a string of injuries. But on the plus side they twice dismissed the much-hyped Norm O'Neill - dubbed the second Bradman - cheaply.

"At five to three somebody in the magnificent Brisbane press box asked how long it had been since Bailey scored. 'At twenty past two,' answered George Duckworth. 'Today or yesterday,' yawned somebody" Jack Fingleton in Four Chukkas to Australia

"It's been proved time and again that a side with four fast bowlers is hopelessly ill-balanced," wrote Keith Miller as the first Test approached. "The point is that if the wicket is fast three quickies are perfectly adequate and if the wicket is slow they are all pulled down to a common level once the shine has gone from the ball."

Comments from Ian Johnson, the Australian captain in 1956, were openly ridiculed in the press. "It is my unbiased opinion that Australia will have the edge in Tests because we can score quickly enough to win. England's powerful bowling will fight it out with our powerful batting," he said. "I certainly believe your batting is brittle."

Reality really hit in the final match before the first Test when rain saved them from a likely defeat by Queensland after Ray Lindwall skittled them for 151, but England were still favourites for the Test, even when Trueman was ruled out with a niggling injury.

By the end of the first day at the Gabba the series had been turned on its head. May won the toss and, against local wisdom, batted. By the close they had been bowled out for 134. Although they fought back to keep Australia's lead down to 52, they were again dismissed for under 200 to lose by eight wickets.

Despite the win, Australia's board and cricket fans were unhappy with the appalling rate at which England scored. Benaud had assumed the captaincy against a backdrop of dwindling interest in the game after a decade of dull cricket and vowed a fresh, attacking style.

England's scoring rate of 23 runs in every 100 balls was condemned and the batsmen were pilloried in the press, none more so than Bailey, who had top-scored in both innings at a funereal pace. His second-innings 68 took seven and a half hours and ensured the ground was almost empty for the last two days. It could not even be defended as a bid to bat out time as Australia won with a day-and-a-half to spare.

The statistics of boredom 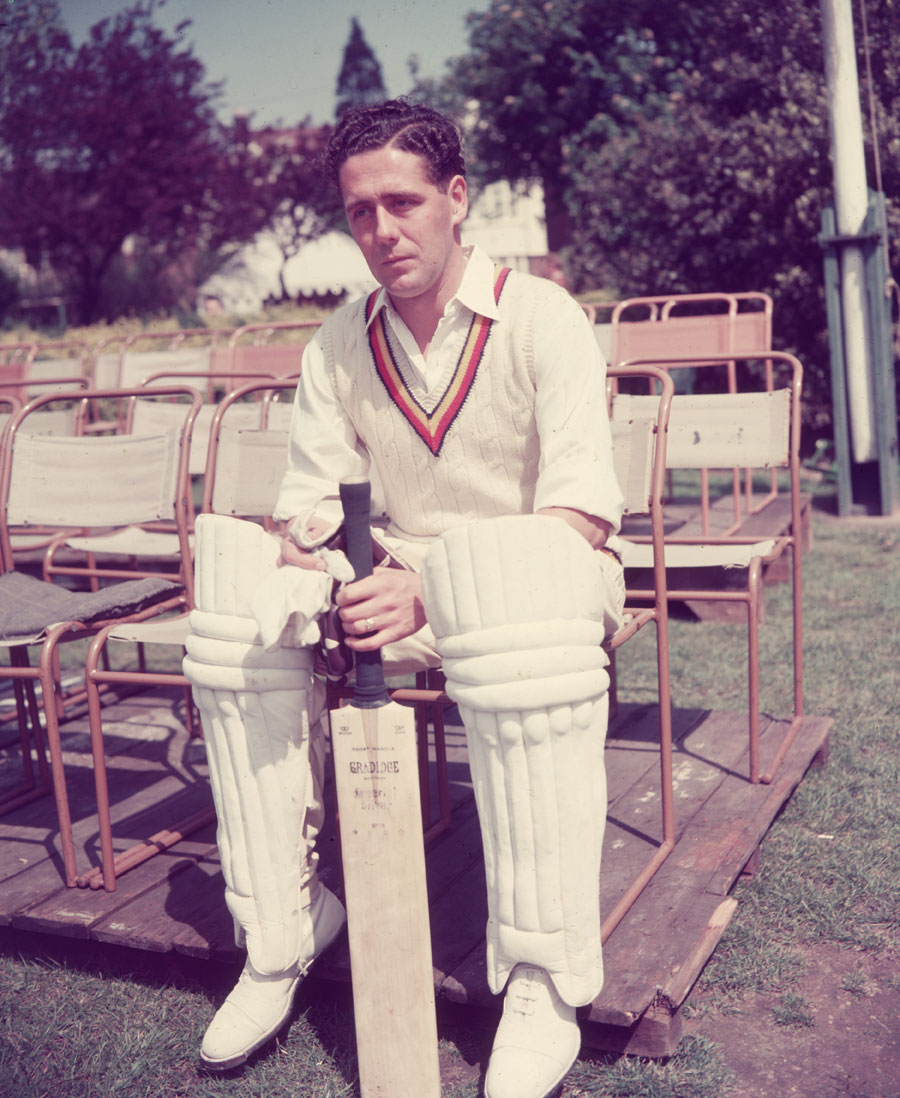 Rarely can a national newspaper have led with such a vicious attack on a team as did the Daily Mirror. "This was the end," wrote Brian Chapman. "This was the descent into the abyss. This was the utter denial and negation of any sport, let alone cricket. They should take those mythical Ashes, out of the Museum at Lord's - urn, velvet bag and all - and dump them into the sea. I am quite serious when I urge that the sort of cricket inflicted upon us in this first Test will asphyxiate the game. Certainly I don't care a hoot who wins this match if victory has to be achieved by an exercise in sleepwalking."

Jim Swanton in the Daily Telegraph was deeply unhappy. "[This] was, I honestly think, the dullest and most depressing I have ever watched... there was no tactical or technical justification whatever."

And in the Times, John Woodcock described it as "a travesty of a game… to watch is unrewarding, to play in is excruciating, and to write about it is something one would rather be spared. The public will not come to see it and no one will blame them".

Behind the scenes a row was brewing that was to rumble on for another five years. England manager Freddie Brown wanted to make an official complaint about Ian Meckiff's bowling but was dissuaded from doing so by May, who thought it would look like sour grapes after losing. A private word to Don Bradman, Australia's chairman of selectors, went badly, Bradman suggesting they tackle the actions of Lock and Loader before complaining about others. By the end of the series there was open condemnation of Meckiff and several other Australian quicks. "So there we were," Trueman wrote years later, "two top international teams chucking the ball at each other."

England never recovered from Brisbane. They lost three of the four remaining Tests by sizeable margins (eight, nine and ten wickets) and only twice passed 250 in eight innings, never passing 300. After sailing in expectation, they returned home in ignominy.

"England certainly had a number of injuries, but neither this factor nor complaints about umpiring and the doubtful actions of several bowlers could gainsay the fact that the tourists were not good enough," Wisden concluded. "This was the basic reason for their disappointing displays against an Australian side which, though excellent as a team, was far from brilliant in individual achievement.

"On paper, judged by performances either in Australia on the previous tour or against Australia, West Indies and New Zealand in England, the established players seemed to have justified selection, but long before this tour was over it became apparent that several had turned the corner."