By the early 1960s cricket in England was in crisis. After the war record numbers flocked to grounds for county and Test cricket, but a decade later it was a distant memory. The all-pervading dull, defensive cricket that was a hallmark of the 1950s had driven crowds away. In the golden summer of 1947 around 2.2 million spectators had paid to watch County Championship cricket. By 1961, this figure had plummeted to 969,382, and by 1963 it was 719,661.

In 1961 a working party was set up to look at ways of not just reviving the county game but, many believed, of saving it. The two main areas the group concentrated on were proposals for Sunday county cricket, at the time not played, and a possible mid-week one-day knockout tournament.

Sunday cricket was problematic. While casual fans were generally in favour, county members were largely against it. Those members providing a large share of income, so the counties were loath to go against their wishes. "Factory and shop workers, tied to their work on weekdays, just love the idea of a cricketing Sunday," said Derbyshire captain Donald Carr. "Members can get time off during the week."

Under the Lord's Day Observance Act it was also illegal to charge for entry to sporting events on Sunday, although this was a technicality as it was acceptable to allow entry by programme only and then sell that for the same price as ground admission.

In December 1961 the MCC's ` Cricket Committee, consisting of the 17 first-class counties - met to discuss the plans. The outcome was far from certain with the Daily Mirror's back page on the day reading: "KO Cup may be a flop" and saying that opposition was led by Lancashire and Yorkshire.

The spread of one-day cricket 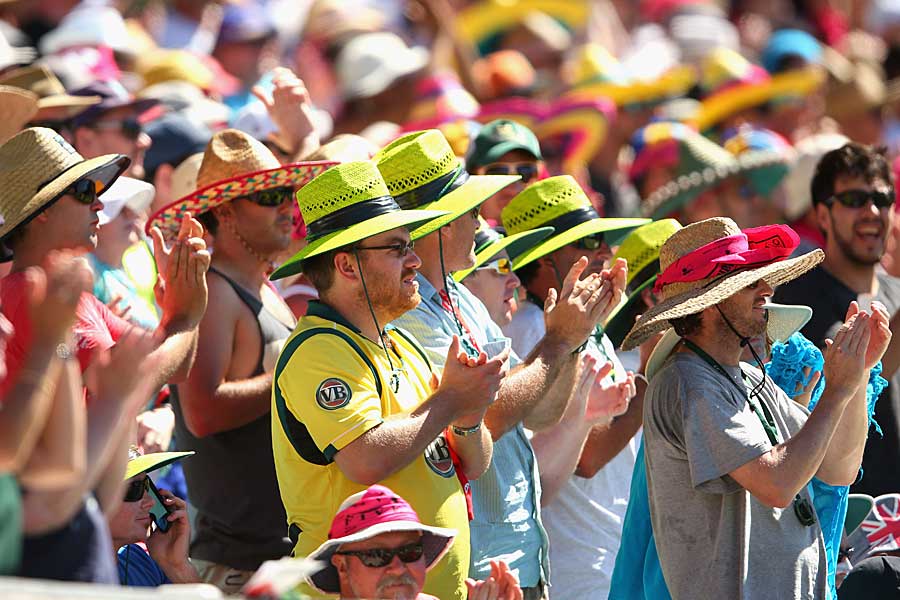 Australia 1969-70 The snappily named Vehicle & General Australasian Knock-out included New Zealand, who proved graceless guests by winning it and repeating that success twice more before they were uninvited in 1975-76

India 1973-74 India's administrators were surprisingly slow before unleashing one-day cricket, in the form of the Deodhar Trophy, domestically, fearing - rightly as it happened - the impact it could have on the longer game

Pakistan 1980-81 Domestic one-day tournaments in Pakistan have often lacked structure and continuity, with tournaments being launched and discontinued frequently. The first competition was the Wills Cup

South Africa 1981-82 Five teams competed in the Benson and Hedges Series, a huge commercial success largely because of the international isolation the country suffered at the time

As it was, they voted almost unanimously to support the introduction of the knockout competition but the specifics were vague. "I don't know whether we have decided on four-day games with one stump, or one-day games with four stumps," one delegate shrugged.

The following month a decision by the Football Association to extend the football season three weeks into May shocked cricket administrators to the core. Until then the two sports' seasons had only briefly overlapped at the end of the summer. "If the scheme goes forward, we would certainly make the strongest possible protest on behalf of the counties," said MCC secretary Billy Griffith. His opposition was futile and the need for cricket to change became even more pressing.

In May 1962 a Midland knockout cup was held between four counties, an opportunistic move by Leicestershire to fill a gap in the county calendar. It was a commercial success and gave those unfamiliar with the concept a chance to form opinions. "Some of the players who have taken part in this preliminary competition apparently began by being highly sceptical of the whole thing," noted the Times, "but they have been won over by the enjoyment they have got from it."

On November 26, the same day they decided to abolish the distinction between professionals and amateurs, an MCC committee announced that Gillette had paid £6500 to sponsor the inaugural knockout competition, which included a trophy for the winners and "awards in respect of each of the 16 ties on the basis of meritorious individual performances". The Man of the Match had arrived.

The following day the draw was made by Griffith in the Long Room at Lord's in front of TV cameras. With 17 counties and only 16 first-round slots available, a preliminary round was added, which was a playoff between Lancashire and Leicestershire, the bottom two sides in the 1962 Championship. Each innings was to last 65 overs - meaning a daunting, even by standards of the time, 130 overs in a day - and bowlers were limited to 15 overs each. Three days were set aside for games in case of poor weather.

The start of the tournament - the one game of the preliminary round - went almost completely unnoticed, a total contrast to the inaugural night of T20 four decades later. Most newspapers carried the scorecard but little else - even then it was referred to sniffily as the KO Cup, with a stubborn determination not to mention the sponsor's name - while the BBC showed live cricket… but from the West Indies' tour opener at Worcester which was washed out.

Perhaps inevitably given the venue was Old Trafford and it was May 1, gloom and rain meant the dawn of one-day knockout cricket spilled over into a second day. Play on the first day did not start until midway through the afternoon and the close coincided with the end of Lancashire's innings in which they made 304 for 9 in their 65 overs. Allrounder Peter Marner led the way with 118 in 121 minutes.

"We started with field settings as if we were playing a championship match," recalled Leicestershire's Jon Savage, who took 4 for 54 on the day. "Two slips, gully, cover, mid-off, mid-on and so on. Later on you would have to start dropping one or two fielders out to the boundary, but if you came to a match today with the restrictions in place for the first 15 overs, the field settings would be similar. The thing is, we kept them like that for 40 or 50 overs."

Marner agreed with those views in an interview with the Lancashire county website. "We basically played a game of traditional first-class cricket with attacking fields. There were no tactics as such. Nobody really knew what they were doing. There were no major defensive decisions made until around the 50th over. There was no retreat on to the boundary like there is today."

Leicestershire never seriously threatened to chase down a stiff target after Brian Statham, who finished with 5 for 28, took three early wickets. Maurice Hallam kept the second-day crowd of around 100 entertained with a dogged 106 - a performance that won him the silver award (there was a prize for the second-best performance that year) - but Leicestershire went down by 101 runs.

Marner, who took 3 for 49 to add to his hundred, was named Man of the Match by Frank Woolley, who refused to watch from the committee room which was side-on in the warmth of the pavilion, steadfastly sitting behind the bowler's arm in the bitter cold.

Marner recalled the new one-day game provided respite to the players. "It was a relief to play in… remember, we played a game daily for six days a week that called for a huge amount of concentration. When this new competition came along, the view was that if you got a start to your innings then you could let go, play a few shots, and to me it was a great deal of fun. We looked forward to the one-day games."

The second round of matches drew a more enthusiastic response from the newspapers, although crowds were still no more than adequate, averaging around 2000 per game, with the biggest the 3000 at Middlesbrough who watched Yorkshire beat Nottinghamshire.

In the Daily Express, Keith Miller accused Ted Dexter of "spoiling" the day as Sussex beat Kent by 72 runs. "Colin Cowdrey [Kent's captain] played it in festival fashion, Dexter played to win. Cowdrey tried to bowl Sussex out and used spin as well as speed. Dexter used nothing but short-of-a-length pace men with the idea of keeping Kent's score down." While this may have left Miller grumbling, Dexter's immediate grasp of what the new format needed was instrumental in Sussex winnings the first two Gillette Cup finals.

By the quarter-finals the public's imagination had been seized. Around 15,000 packed Hove for Sussex's win over high-flying Yorkshire, while the other three matches averaged 5500 each. The two semi-finals attracted 7000 each, although both were capacity crowds, while the final was a 24,000 sell-out at Lord's.

Still some of the old guard were left chuntering, with Dexter the target of their opprobrium. "The wrong team won," moaned Brian Chapman in the Daily Express. "Sussex relied on the defensive policy in the field that has paid off throughout the competition. This must be said very firmly: Ted Dexter's tactics, successful as they were, could eventually kill a great idea."

Dexter, who had put nine men on the boundary in the closing stages of the Worcestershire innings, agreed the rules needed reviewing but was unapologetic for using them wisely while most others had given scant thought to the different requirements of the new one-day format.

Not for the first time, the critics were wrong. The Gillette Cup proved a massive commercial and PR success, spawning similar competitions across the world, and with the format arguably saving the domestic game.

Is there an incident from the past you would like to know more about? Email us with your comments and suggestions.