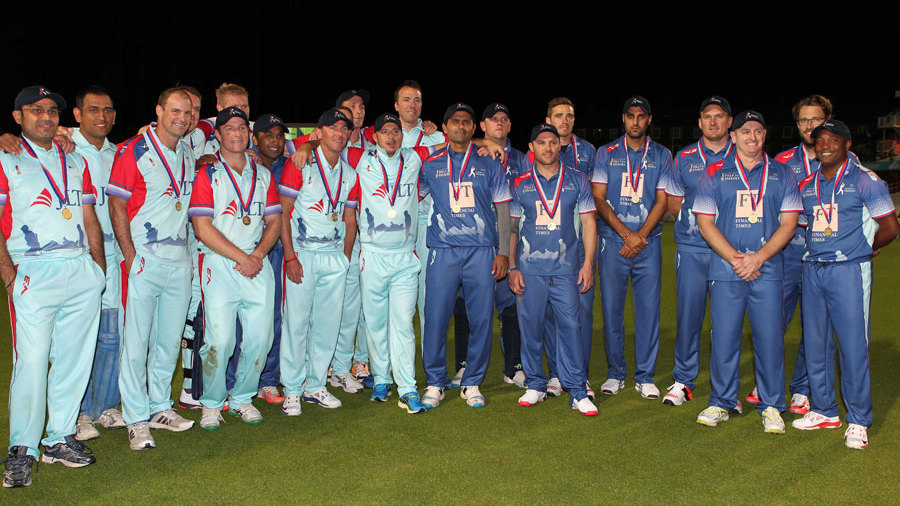 The Help for Heroes team and the Rest of the World XI at the end of the Cricket for Heroes charity match at The Oval, London, September 17, 2015 © Getty Images