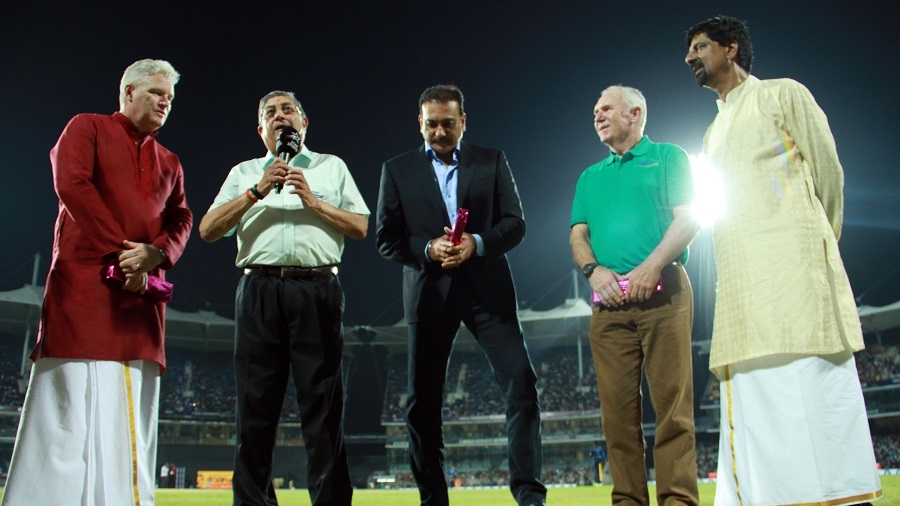 Dean Jones, Ravi Shastri, Allan Border and Kris Srikanth were felicitated by the TNCA on the 30th anniversary of the second tied Test, Chennai, September 18, 2016 © TNPL