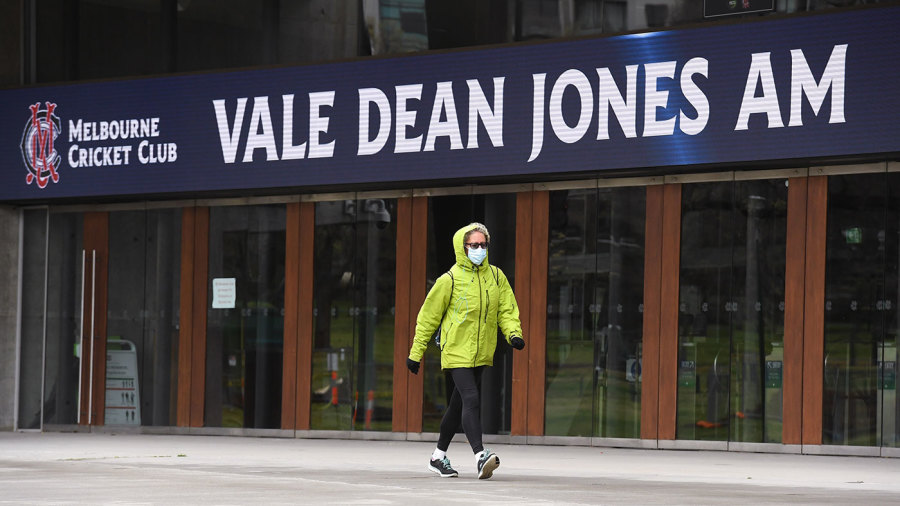 The MCG remembers one of the great players to appear at the ground, Melbourne, September 25, 2020 © AFP