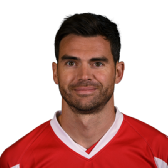 India were in danger of surrendering the advantage they had built so carefully over four sessions as they lost four wickets for four runs immediately after lunch on the second day. But Bhuvneshwar Kumar and Mohammed Shami restored it with a 111-run last-wicket stand that punctured the fuel reserves of a frustrated England attack and extended India's total to 457.

Shami then dismissed Alastair Cook in the fourth over of England's reply, bowling the England captain round his legs as he walked too far across his stumps.

Over the remainder of the final session, India's seam bowlers searched for the right length to discomfit the notoriously front-foot-shy Sam Robson and Gary Ballance. They generally found themselves a touch shorter, but Ishant Sharma landed one in the perfect spot two overs from stumps only for the outside-edge from Ballance to drop a foot short of second slip. Ravindra Jadeja, who bowled two overs, showed he could be key later in the Test after he got one ball to explode out of rough at Ballance. England have three left-handers in their top six.

When India lost their ninth wicket, their survivors from the 2011 tour would have seen flashbacks of their collapse from 267 for 4 to 288 all out at the same venue. India had gone on to lose that Test match by 319 runs.

This England side, though, is different. Since the time Tino Best clobbered 95 against them two years ago, they have been hurt by numerous tail-end partnerships.

Bhuvneshwar farmed the strike in the first part of the partnership, but soon became confident of Shami's ability. England stuck gamely to a couple of self-consciously out-of-the-box plans: Liam Plunkett banging it in from around the wicket and James Anderson bowling full and straight with three close men from mid-on to midwicket. Neither plan perturbed the batsmen unduly.

The pair found the boundaries with a mixture of heaves and some surprisingly cultured shots, including an inside-out lofted drive by Bhuvneshwar off Moeen Ali and a clip off the pads from Shami off Anderson.

By the end of the session, England, forced into a mandatory half-hour extension, may have wished they had taken one wicket less than they had. Even when they did finally find the edge - as Hot Spot showed when Plunkett slanted one past Shami in the penultimate over of the session - only Alastair Cook appeared to hear the noise and the half-hearted appeals from the bowler and the keeper made no effect on the umpire.

Soon after tea, Bhuvneshwar reached his fifty, his first in Test cricket with an elegant drive to deep cover. Shami reached his maiden first-class fifty the next ball, clouting a full, wide ball back over Anderson's head for six. The partnership also breached the 100 mark with that shot.

With the third new ball around the corner, Cook brought on Moeen Ali for his 18th over. Bhuvneshwar nudged him to the brink of a bowling century with a drive back over his head for four, but fell trying to go even bigger the next ball, holing out to mid-on. The last-wicket pair had batted a minute over two-and-a-half hours.

Having patted their new-ball pair on their backs for their batting, India would have kicked themselves for surrendering so much initiative in so little time, right after lunch. They would have particularly rued the needlessly loose shots that led to the dismissals of Jadeja and Stuart Binny, their two allrounders. In between, MS Dhoni was run out by a direct hit from Anderson at mid-off.

At 346 for 9, England would not have believed how easy it had been, having toiled so hard with so little reward in the morning session. They could have earned a crack at the lower order much earlier though, had Matt Prior clung on to a chance that Dhoni offered 13 balls into the day. By the time Anderson broke through, sending back M Vijay, India's score had swelled from 263 at the time of the dropped catch to 304. By lunch, Dhoni had moved into the 80s, and had extended India's score by a further 38 runs in the company of Jadeja.

Dhoni began looking a lot more secure after early nervousness and adopeted an idiosyncratic shuffle across his crease to counter the low bounce and the lbw threat.

At the other end, Vijay moved to 146 with a number of good-looking drives through the off side before Anderson dismissed him with a ball that nipped back from outside off to strike him on the back thigh. Bruce Oxenford took his time before raising his finger, but it was one of those lbws that just look out. On this pitch, barely anything from that length was bouncing over the stumps anyway. Hawk-Eye suggested it was going over, but Hawk-Eye's square-on view also suggested, erroneously, that the ball had struck Vijay in front of the crease.

The previous record for the highest 10th wicket partnership before today. Anderson and Root passed this mark before lunch

Number of Indian bowlers who have conceded 150+ runs in an innings at Trent Bridge - Harbhajan Singh and Ishant Sharma.

Number of times that Indian pacers have taken all 10 wickets in an innings - second time in England.

Number of times that India have been bowled out for less than 250 in the third innings of a Test in England, out of 26 instances

Broad's figures at Trent Bridge the last time India played here, he was the MoM

The lowest target defended at Trent Bridge since 2000, by the hosts against SA in 2003

The last time a team won chasing a target on the fifth day of a Test at Trent Bridge, India were chasing only 73 on that day

The last time a No. 8 hit a fifty on Test debut outside the subcontinent for India, Dattu Phadkar at the SCG