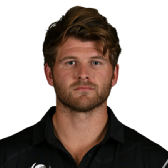 7.07 pm: That's all she wrote from the Hagley as New Zealand triumph to the tune of a 98-run victory as they get their tournament off to a golden start. Sri Lanka, on the other hand, will be looking to get back to the drawing board as they shift their focus on the remaining matches of their group campaign. We sincerely hope you enjoyed our coverage of this first match of the 2015 ICC Cricket World Cup. It has been my pleasure to take you through the day, and don't forget, there is plenty of cricket to come, starting with the ongoing Australia v England match. Till the next match though, this is Rohan Sharma signing off, wishing all of you a good night, and good luck.

Brendon McCullum, New Zealand captain: Really good performance from the boys. We have been waiting a long time for this so it is great to complete our plans. I thought it might swing so I also thought about bowling first. The wicket was a bit on the slow side, but there was definitely good bounce and carry. It was great to lay the foundation and then allow the bigger hitters to come in and do the job. We look forward to the next game now, but it is great to beat a very tough Sri Lanka team. It is really pleasing to use cross-seamers and pitch the ball on the fourth/fifth stump lines were really good. I thought Boult and Milne came back really well and looked to be searching for wickets, so we were pretty pleased with how those guys played. Daniel Vettori was brilliant as always. Milne is a great weapon to have in the team, and I suspect he might just go the way of that tweet (when asked if Milne is the next Shane Bond.)

Angelo Mathews, Sri Lanka captain: We knew it was going to be a good wicket so we knew we had to bowl well, but they started off poorly, and by that time it was too late. Especially after the start they got when they reached 100 in the 13th over. We did reasonably well to pull them back, but we gave up 30-40 runs too many. Once we lost the big guys at the top it became tougher on the rest of the guys. You need someone in the top four to get a biggie when you are chasing down a 300+ score. Malinga will get better and better and we all know what kind of bowler he is, so he will come back strong.

6.58 pm: We are expecting some more quotes from the match presentation, so don't go anywhere just yet!

Corey Anderson, Man of the Match: It's nice to come back home and play in front of family and friends. I guess this World Cup is the stuff we dream of. There were more nerves than normal, but that is pretty cliché isn't it? You always want to do well for NZ. I always have a different plan when I go out to bat, and it turns out differently in the middle. We just wanted to turn that par total into a winning total. Brendon held me back for a little bit till the end, so it was good to get a bowl, but the other bowlers really set the tone, especially Dan who just took them out of the game.

Corey Anderson is the Man of the Match

6.52 pm: It is all over folks. New Zealand take the 2015 ICC Cricket World Cup tournament opener by beating Sri Lanka by an impressive 98 runs. This victory has been shaped by many hands, with Vettori proving the trump card for Brendon with his ten overs going for just 2 for 34. Other NZ seamers chipped in with vital strikes as well, but his spell set the tone for the innings. Sri Lanka looked increasingly composed as they managed their chase early on, but once the top order began to fall away, the rest of the batting came undone, and predictably, they folded under the pressure of a mounting required rate. The good news for Sri Lankan fans though, is that Dilshan, Sangakkara and now Mathews have earned some valuable time in the middle, and that should hopefully bode them well for the remainder of the tournament.

46.1
W
Anderson to Herath, OUT, and Anderson completes the rout by getting Herath to spoon this length delivery straight to the cover fielder as the Hagley Oval erupts in approval

46.1
1w
Anderson to Herath, 1 wide, tests the third umpire's patience with a shorter one, but Llong is having none of it

Anderson back into the fold now

Gokul: "McCullam, Williamson and Corey in the fantasy team, with Corey as the Captain.. I should've tried some mega jackpot today.."

Number of 50+ opening stands for Sri Lanka since 2013, the most for any team.

Runs scored by McCullum off Malinga in the 8th over. The only batsman to score more runs off one Malinga over is Kohli (24)

Number of venues that have hosted World Cup matches. Hagley Oval is the 100th

Form and expectation on NZ's side