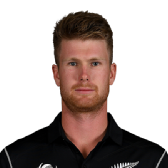 St Kitts and Nevis Patriots penalised for slow over rate

St Kitts and Nevis Patriots have been penalised for a slow over rate after their 11-run loss to Trinbago Knight Riders in the opening game of this year's CPL. A media release said the "applicable monetary fine" was imposed on the captain, Carlos Brathwaite, and the team was penalised with a 0.05 reduction in their net run rate. Patriots were charged with a breach of Article 2.5 of the CPL Code of Conduct as they were one over down. The charge was laid by match officials against Brathwaite, who accepted it.

Pollard isn't too far away from playing his 500th T20, but he had never turned out for his home franchise in Trinidad before Thursday. He made it a memorable occasion, smashing a boundary-laden 47 off 32 balls, to haul TKR past 150.

Patriots went through the Powerplay unscathed, but they lost 4 for 6 in a collapse that was set in motion by spin on a dew-slicked pitch. Fabian Allen and Usama Mir created some late excitement with a barrage of sixes, but Neesham and Hasnain closed the game out for the hosts.

Cottrell found enough seam movement with the new ball and removed TKR opener Sunil Narine and No. 3 Tion Webster in successive overs, kicking off the league with his trademark salutes. When Lendl Simmons was bowled by a fit-again Alzarri Joseph, TKR were 20 for 3 in four overs. Then, it was time for the home side to #UnleashtheNeesh.

Neesham glanced his first ball away for four and then hit two more fours, off Joseph in the last over of the Powerplay, to steady a flailing innings. Neesham was handed two lives - on 19 and 31 - and he took advantage of it along with Denesh Ramdin, who was more sedate at the other end. The highlight of Neesham's innings was a shovelled six over midwicket off Carlos Brathwaite.

Neesham wasn't done yet. He snapped a 47-run opening stand in the chase and then ended it two wickets off the last over. He also plucked three catches in a Man-of-the-Match performance.

Patriots had held back Pakistani legspinner Usama Mir for Pollard, but the TKR captain smartly saw him off and tore up medium-pacers Rayad Emrit and Brathwaite. Pollard nailed three sixes - all over his favourite long-on region - to give the innings the finishing kick along with Javon Searles.

Patriots fall in a heap

Evin Lewis and T20 debutant Kjorn Ottley, who hails from Trinidad, didn't over-hit the ball in the early exchanges and instead looked to protect their wickets. However, from 47 for 0 and later 70 for 1, Patriots were reduced to 76 for 5.

Left-arm spinner Khary Pierre, the Player of the Match of the 2018 CPL final, bowled constricting lines and found turn to dismiss the dangerous Lewis and wicketkeeper-batsman Devon Thomas in successive overs. Sri Lanka legspinner Seekkuge Prasanna, meanwhile, got rid of Jason Mohammed for a duck before Allen took him to the cleaners with four sixes in the 16th over. At this point Patriots needed 42 off 24 balls and, although Mir cracked two sixes of his own, there would be no way past Hasnain and Neesham.