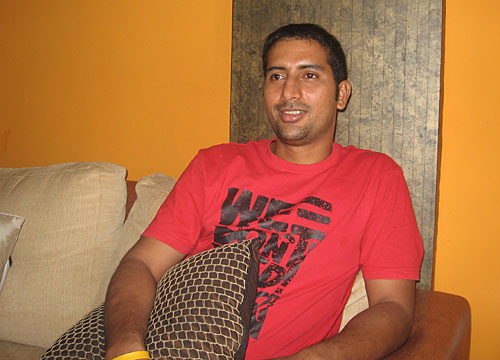 S Ramesh during an interview in his house, Chennai © ESPNcricinfo Ltd