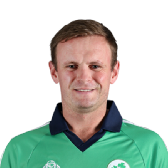 The Super Eights clash against Bangladesh was always going to be Ireland's best chance of getting on the scoreboard and they grabbed the points with a superb allround display at Barbados. Ireland's success was built on a brave decision at the toss. Trent Johnston's gamble to bat on a bouncy pitch paid dividends as Ireland put up a determined effort. It wasn't spectacular batting at the start, but William Porterfield anchored the innings with a patient 85 and some late-order hitting ensured that Ireland did not fold as meekly as they had done against Australia.

The highest successful chase so far in the World Cup has been Australia's 248 against England and so Ireland were in with a real chance of upsetting Bangladesh once they scored above 200. Their fielders backed up their bowlers splendidly - something Bangladesh failed to do - and they made incisions whenever Bangladesh seemed like stitching together a recovery.

Ireland had a definite plan when they batted - not to lose early wickets - and Porterfield and Jeremy Bray executed it efficiently. The pitch offered plenty to the opening bowlers - Mashrafe Mortaza and Shahadat Hossain - but batting first was a risk the Irish were willing to take to avoid facing the battery of left-arm spinners if the pitch turned later in the day.

The openers shelved the expansive shots during Mortaza's probing spell. The lack of boundaries didn't bother them as they frustrated the Bangladeshi infielders with sharp singles. Hossain, who was playing his first game in the World Cup because Syed Rasel hurt his ankle during practice, found it harder to hit the right line and couldn't bottle up the other end. Porterfield did the bulk of the scoring as Bray, whose last four innings yielded two runs, blocked defiantly. Ireland reached 91 for no loss after 25 overs but the lack of boundaries forced them to attempt singles that were fraught with danger.

Bangladesh were shabby in the field. Their first missed opportunity was when Abdur Razzak dropped Porterfield at midwicket - albeit off a no-ball. Porterfeld survived another chance on 42 as Mohammad Rafique dropped the easiest of return catches. Had Bangladesh had an average day in the field, Ireland would not have got away with such risks but even with their buttered-fingers, Ireland's luck had to run out sometime. Porterfield pushed one to Razzak's right and set off for the run. Razzak moved sharply, picked up and ran out Bray at the striker's end. Eoin Morgan immediately tried to smack Saqibul Hasan over midwicket and watched Hossain mis-judge the catch on the fence. He chanced Hossain's arm shortly afterwards and this time, a flat throw found Morgan short as he tried to complete the second run. From 92 for no loss, Ireland slumped to 128 for 3 when Niall O'Brien reverse swept Saqibul firmly but straight to Tamim Iqbal at short third man. It could have got worse had Razzak not dropped Kevin O'Brien off Rafique at deep midwicket on 24.

Kevin cashed in, slogging Saqibul down the ground and over midwicket and Johnston joined him in the acceleration during the slog. The pair ran Bangladesh ragged before Kevin ran himself out for 48 off 44 balls, even as Johnston's meaty blows at the death took them to 243 for 7.

The steep bounce that was on offer at the start of the match still existed as Bangladesh began their chase. The openers, Iqbal and Shahriar Nafees, adopted a different approach from their Irish counterparts. While Porterfield and Bray had been cautious, Iqbal and Nafees went for their shots and ended up playing and missing regularly.

Boyd Rankin, the tallest player in the World Cup, unsettled them by bowling short while Dave Langford-Smith gave nothing away during a miserly opening spell. After eking out only 18 runs off the first six overs, Nafees attempted a pull shot and gloved it to Niall O'Brien behind the stumps. Aftab Ahmed released the pressure by smashing Rankin for a four and a six in the ninth over which cost 18. Rankin began to struggle with his line and sprayed it repeatedly down leg side as wides accounted for a substantial part of the early scoring.

Johnston brought on Andre Botha, who missed Ireland's previous two games because of injury, in the 11th over and Aftab chased his first ball and nicked the wide half-volley to Niall. Ireland soon had another slice of luck as Botha deflected Iqbal's firm drive on to the stumps and found Saqibul Hasan backing up too far.

Bangladesh were struggling at 48 for 3 when Ashraful took the game by the scruff of the neck. He looked in sublime touch and found the boundary at will as he and Iqbal threatened to bat Ireland into submission. Together they added 45 runs in quick time before Iqbal was undone by his own aggression. He had just smashed Johnston down the ground for four and but when he tried to repeat the stroke the next ball, Johnston yorked him.

The crippling blow was dealt by Rankin when he returned for his second spell and induced Ashraful to pull straight to Dave Langford-Smith fine leg. Bangladesh were struggling at 108 for 5 and Habibul Bashar could only delay the inevitable. Very much out of depth in this tournament Bashar scratched around for an unbeaten 32 as wickets continued to tumble and Bangladesh finally ended up 74 runs short. It was a fine victory for the Irish, heralding as it did a new and vibrant entrant into the ODI scene, but for the Bangladeshis themselves it was an anticlimax to the potential they had shown when just a week ago they had upstaged South Africa so convincingly.