There are several people who have won Test caps they otherwise could only have dreamed of, by virtue of being in the right place at the right time. Usually their five days of glory have come because of an injury crisis, although the ease with which replacements can now be jetted around the world makes these stand-ins an endangered species.

Perhaps the most unlikely person to have come within an hour of international cricket is the renowned commentator and bon viveur Henry Blofeld.

Blofeld was a very good schoolboy cricketer who captained Eton as a wicketkeeper-batsman, and while at school scored a hundred at Lord's against Combined Services. But in his final year at Eton he was knocked off his bicycle by a bus and suffered major head injuries. His health eventually recovered; less so his cricket. At Cambridge he did win his Blue in 1959 ("as an opening batsman of sorts… the worst Blue awarded since the war", he admitted) but talk of a first-class career had disappeared.

After flirting, most unsuccessfully, with a career in the City, Blofeld, who had never written a report of any kind other than one covering a football match, which earned him an appearance in front of the headmaster of Eton, bluffed his way into the Times covering county games.

By the time the gruelling 1963-64 tour of India came round, Blofeld volunteered to cover it for the Guardian, and got the job. Early in the tour, the punishing itinerary and different diet started taking its toll, and as the England team headed to Bombay for the second Test, they were already facing serious selection problems. "It was a hospital background," Wisden reported.

Ken Barrington had broken a finger, Don Wilson had an injured back, and in the latter stages of the first Test a virulent gastric bug swept through the side. The day before the Bombay Test, John Mortimore, John Edrich, Micky Stewart and Phil Sharpe were still out of the reckoning with acute stomach upsets and/or influenza.

Even though both wicketkeepers were included in the final XI, there was still a real danger that England would be short. While the need for a replacement was obvious, given Barrington's injury, there was no chance of anyone arriving from England in time for the game.

At a press conference on the eve of the Test, David Clark, the tour manager, told the media, only half-jokingly, that the last two fit members of the ensemble were himself and Blofeld. Clark, who had captained Kent between 1949 and 1951, admitted his last innings had been in a fathers' match in Oxford the previous summer.

"It will be a tragedy [if needed]," shrugged Clark. "I am slow, unfit and a poor cricketer. But we have got to raise an England side."

Blofeld, with a first-class appearance in 1959 and still only 24, was the only realistic option.

As the writers headed off, Clark took Blofeld to one side and suggested, only half-jokingly again, that he get to bed early. "With insufferable arrogance and, I hope, a smile, I replied I would certainly play if needed, but if I scored 50 or upwards in either innings I was damned if I would stand down for the Calcutta Test," Blofeld recalled. "I suspect that David's reply was unprintable." While outwardly flippant, Blofeld hardly slept a wink, as the enormity of the situation dawned on him. 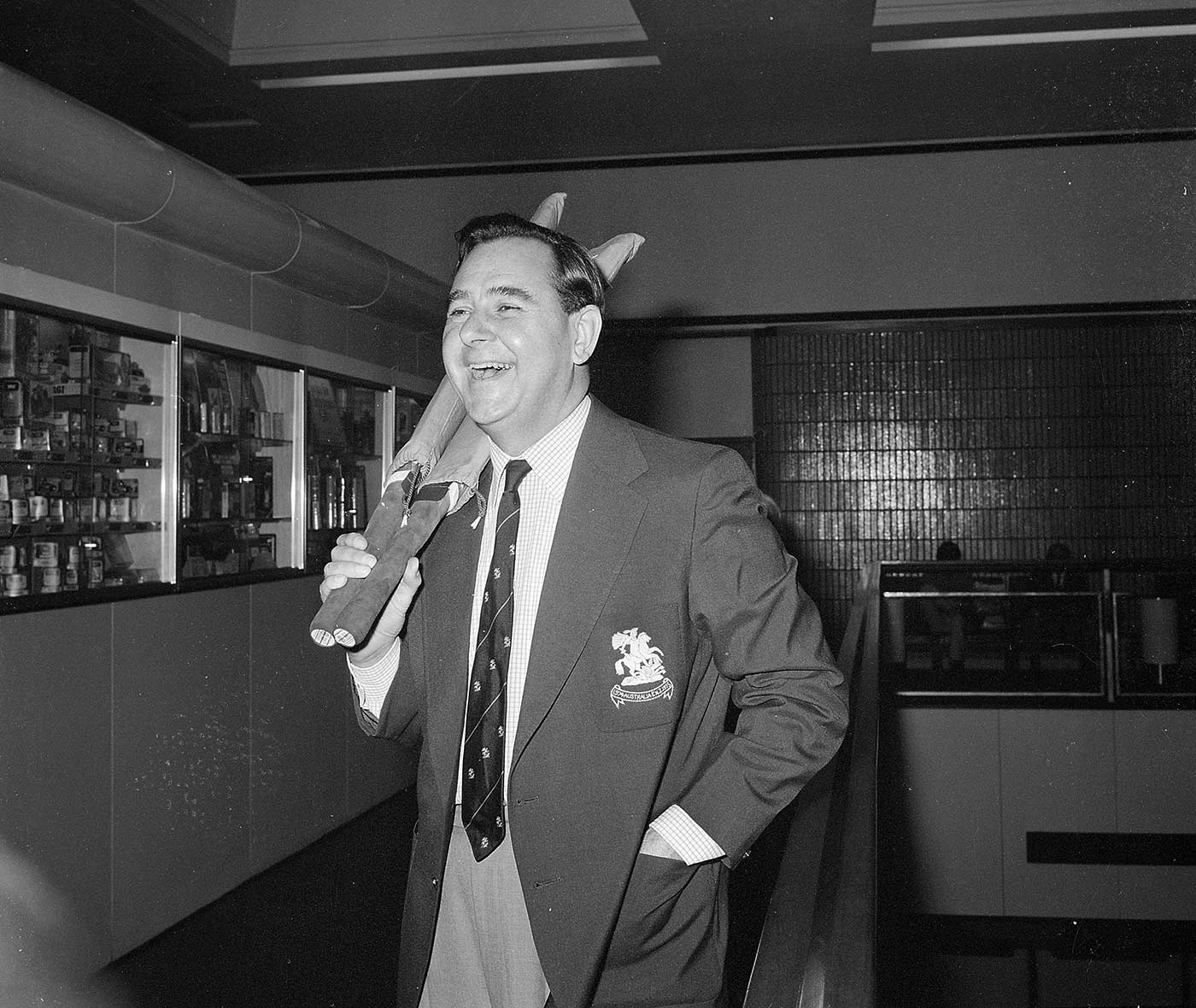 England, who on the first day of the Test sent an SOS to Middlesex batsman Peter Parfitt, also summoned Colin Cowdrey as relief after he had called MCC secretary Billy Griffith, who was flying to India for a fortnight, to wish him bon voyage. "Many thanks," Griffith replied, "and come to think of it, how would you fancy the trip yourself?" Cowdrey immediately said: "Suits me... when do we fly?" Cowdrey was an obvious choice as he had been named as the original captain after Mike Smith pulled out but declined as he was not sure his arm, broken by Wes Hall in the Lord's Test the previous summer, would stand up to a full tour. Called into action immediately, he scored hundreds in the third and fourth Tests. Almost 11 years later, aged 41, Cowdrey answered a similar call-up to the injury-ravaged England side in Australia

Early the next morning his hopes were dashed. Stewart, England's vice-captain who was, like his other ailing team-mates, laid low in a local hospital, heard the news, immediately discharged himself and headed to the ground. He arrived at the Brabourne Stadium an hour before the start, and though he looked dreadful, announced he was fit to play. Blofeld was stood down.

The XI consisted of three specialist batsmen, two wicketkeepers, of whom Jim Parks reverted to his first role as specialist batsman, four quick bowlers, and two spinners. India, faced with an opponent with a surfeit of quick bowlers and too few batsmen, asked for and got a spin-friendly pitch.

India won the toss and batted, and by tea Stewart was back in his hospital bed; so serious was his illness that he played no further part in the tour, and that left England with only two specialist batsmen. With no other fit players, Kripal Singh, India's 12th man, helped England out in the field. To add a slightly surreal feel to proceedings, MAK Pataudi, India's captain, batted in his Sussex cap.

The England players unable to leave their beds listened to proceedings from their accommodation within the ground, a unique feature of the stadium, and got little rest - the Times noted the 40,000 crowd "made as much noise as a train in a tunnel… there was never a moment of silence".

"It was the oddest England side ever to have played an official Test," noted the Daily Telegraph, and with justification. In fielding the only available players - Wilson played though he had not recovered from his back problem - the team was woefully imbalanced. Fred Titmus, an offspinning allrounder, batted at No. 5; and the tail started with Wilson, whose first-class career average was 14, at No. 6.

In the event, England did magnificently to achieve their only aim, a draw - Titmus' five-hour 84* typified the gritty determination of the side - while India's ponderously slow batting gave every impression they too were content with that result, although circumstances were heavily stacked in their favour.

Nor was it gripping cricket for the passionate and animated 200,000 spectators who watched the five days. In 264 overs, England scored 439 runs, but for once their go-slow was understandable.

"The ten, among whom were too many quick bowlers and too few batsmen, excelled themselves and fought India to a level draw," Wisden's writer reflected. "For me, that was the peak of the tour. Only a side possessing that team spirit which stems from good leadership and wise management could have risen so superior to the depressing difficulties."