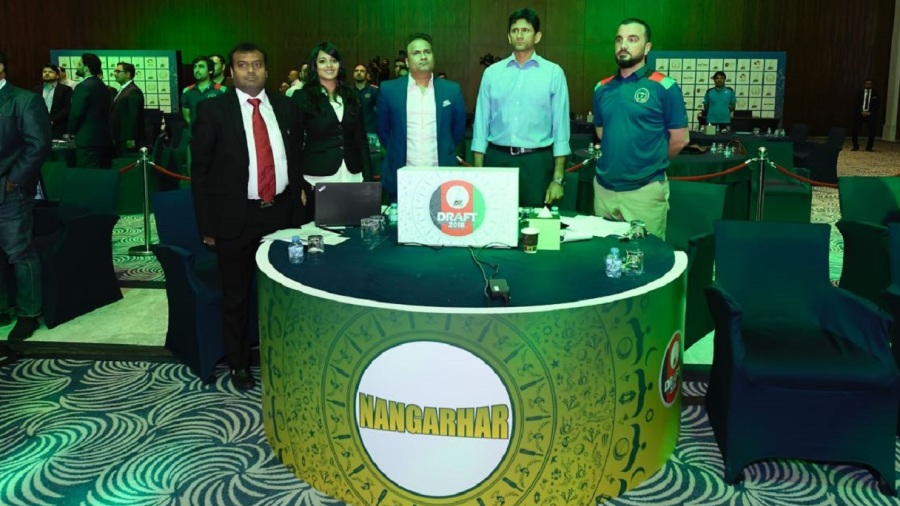 The Nangarhar franchise, coached by Venkatesh Prasad, pose for a picture, Kabul, September 10, 2018 © Afghanistan Cricket Board