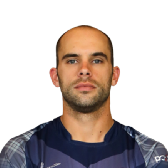 Bangladesh tackled the pressure of a stiff target - they had to chase down 319 - and losing their specialist opener to injury in the field to post their highest ODI chase to beat Scotland by six wickets and keep their chances of making the quarter-final alive.

Scotland, powered by Kyle Coetzer's magnificent 156 towards their 318 for 8 in 50 overs, lost their best chance to win a World Cup match. They struggled to break partnerships and seize the momentum, as Bangladesh completed only their third 300-plus chase, the last one coming against New Zealand in November 2013.

Bangladesh had gone into the innings break knowing they would be without Anamul Haque, who had hurt his right shoulder while fielding in the 31st over. Mashrafe had hobbled for much of the Scotland innings and unable to complete his 10 overs. And if that wasn't enough, Soumya Sarkar was strangled down the leg-side off Josh Davey in the second over.

Tamim took his time, and with Mahmudullah, promoted to No. 3, laid out the required foundation. He batted strongly, starting off with two one-legged pulls and a hook over long leg. A series of half-volleys outside off stump followed which were coolly placed through various gaps, reached 50 off 53 balls and appeared good for his first ODI hundred in two years. But Davey trapped him leg-before for 95 and Tamim had to settle for going past Mohammad Ashraful's 87 as Bangladesh's best score in the World Cup.

Anamul Haque has been diagnosed with a grade 3 joint strain on his right shoulder. The Bangladesh team management is working with local medical experts and said, "at the moment we're not able to say how long it might take for him to recover."

Mahmudullah coped well to his stint higher up the order, although he could have been run-out twice - in the 10th and 15th overs. He did, however, make the most of his luck and produced crisp boundaries through the covers and a six over square leg during a run-a-ball 62 that was part of a 139-run second wicket stand with Tamim, a record for Bangladesh in World Cups.

Mahmudullah was bowled off his back toe in the 24th over after Iain Wardlaw directed a yorker towards his legs. But Mushfiqur never let Bangladesh fall behind. He cracked 60 off 42 balls, striking six fours and two sixes, one of which was a splendid slam over long-off. After his dismissal, Bangladesh needed a run-a-ball 72, which was well handled by Shakib, who was unbeaten on 52, and Sabbir Rahman, who made 42 off 40 balls.

Coetzer was adjudged Man of the Match for his 156, which was Scotland's first World Cup hundred and is now the highest for a non-Test nation going past David Houghton's 142 against New Zealand in 1987. When he was finally dismissed in the 45th over, his 134-ball innings dressed by 17 fours and four sixes and had set Scotland towards a 300-plus total, their first in the World Cup and against a Test-playing nation.

Coetzer had a very quiet start for a 150-plus score in an ODI. He faced just 18 deliveries in the first 12 overs, during which time Scotland lost two wickets. He quickly gathered pace though and was partial to hitting through the covers and getting inside the line to belt short balls away. He added 78 for the third wicket with Matt Machan, who helped out with 35 off 50 balls. Coetzer reached his fifty off 54 balls, before gathering further momentum and taking on the Bangladesh bowlers by working them around the wicket without taking too many risks.

He reached his hundred in the 38th over hitting Rubel Hossain over long-on for a six, bringing up his second ODI century. Eighty of Coetzer's runs came from the leg-side, including three of his sixes and seven fours.

He added 141 runs for the fourth wicket with the captain Preston Mommsen, who made 39 off 38 balls. Coetzer blasted his last 56 runs off just 31 balls as Scotland approached the 300-run mark and was assisted later when Richie Berrington and Matt Cross combined for a quick 39 off 24 balls for the the sixth wicket.

Taskin Ahmed took three wickets though only Shakib finished 10 overs. Mashrafe Mortaza struggled to rotate his bowlers in the face of Coetzer's onslaught, and took 1 or 60 off eight overs. Rubel matched his captain's figures without picking up any wickets, while the part-time spin of Mahmudullah, Sabbir Rahman and Nasir Hossain had to be called on to to bowl alongside Shakib.

Bangladesh are now marginally below Australia in Pool A, which means that their match against England will be a virtual play-off for the fourth place from their group. Confidence from a big chase and avoiding a banana skin the size of Scotland would be their takeaway from this game on to their most important one of the tournament.

Number of times that Bangladesh have successfully chased down a 250+ score in World Cups.

Runs scored by Hamish Gardiner in his last 4 ODI innings. He scored 185 runs in the 2 innings before that.

Number of times that BAN have beaten SCO. SCO are the only team against whom BAN have won 3 ODIs without losing even one.